“We are all ambassadors of German-Arab cooperation!”

For the first time the German-Arab Forum Diplomatique took place attended by roughly 200 guests – among them high-ranking representatives of Arab embassies, the economy, and politics – at the Chamber of Industry and Commerce (CIC) of Berlin at the Ludwig Erhard Haus.

This new format was a valuable opportunity for companies and their representatives to contact the ambassadors of the respective countries directly and in person and to further exchange in an intensive dialog about their experience and projects. To begin with, high-ranking speakers offered current insights into economic and political developments in the Arab region and emphasized the enormous significance of economic cooperation between the EMA region and Germany especially with regard to current challenges.

The Forum Diplomatique was opened with a speech by Tobias Weber, vice president of the CIC Berlin. Afterwards former Federal President Christian Wulff gave his first speech in his new office as President of the EMA. He stressed especially that “global issues can only be solved with practical answers” and, hence, highlighted the special importance of foreign trade.

The EMA would particularly view “the cooperation of small and medium-sized enterprises (SMEs) as an essential element for sustainable economic development and at the same time for long-term entrepreneurial success”. He appealed to the participants not to be discouraged despite the fragile security situation in many countries of the EMA region. “The economic, political, and social integration of the EMA region is as dear to us as the close institutionalized connection with Europe.”

He also praised the diverse activities of the EMA, especially the promotion of economic participation of women in Tunisia and Morocco implemented by the Federal Foreign Office in the framework of the transformation partnerships. 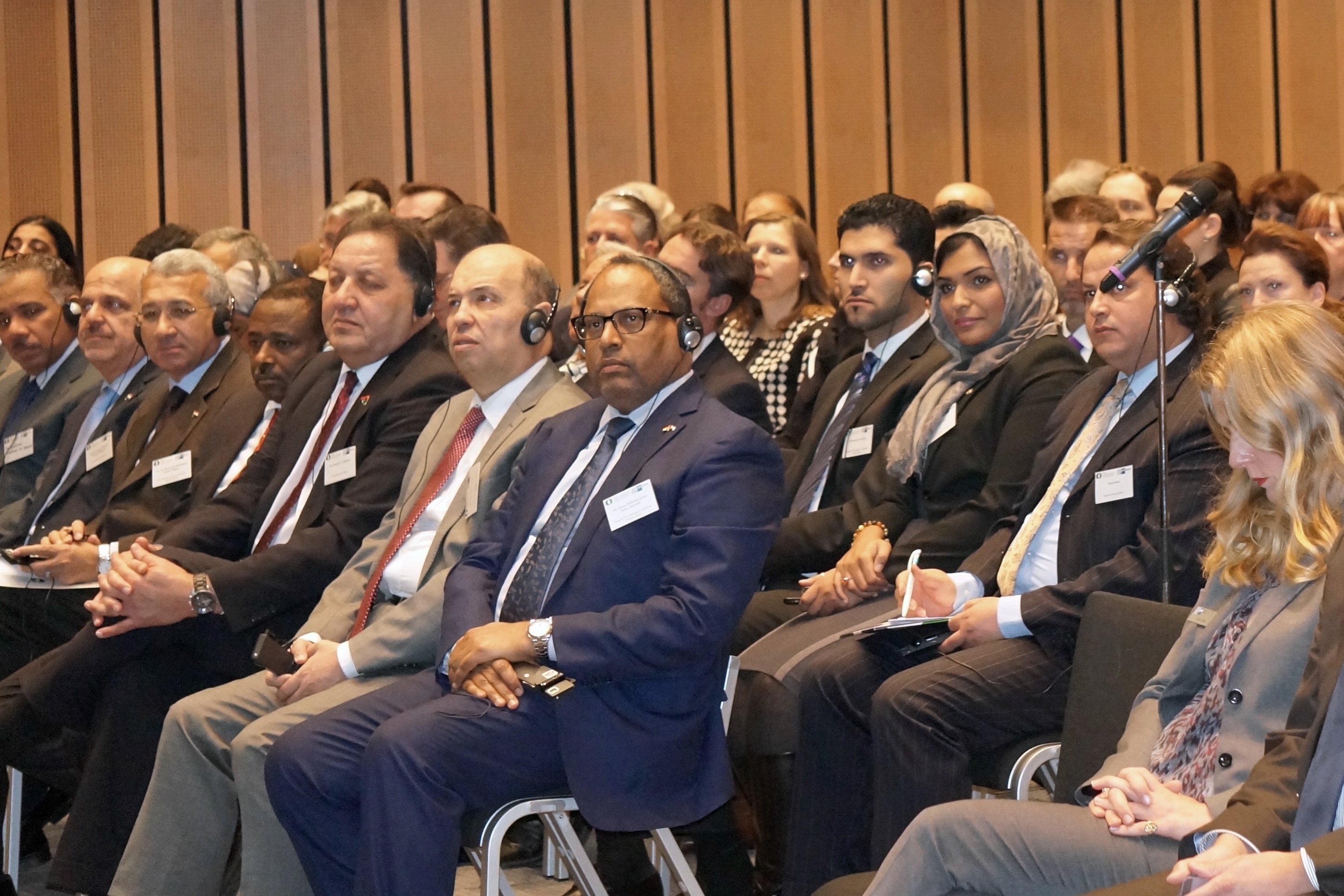 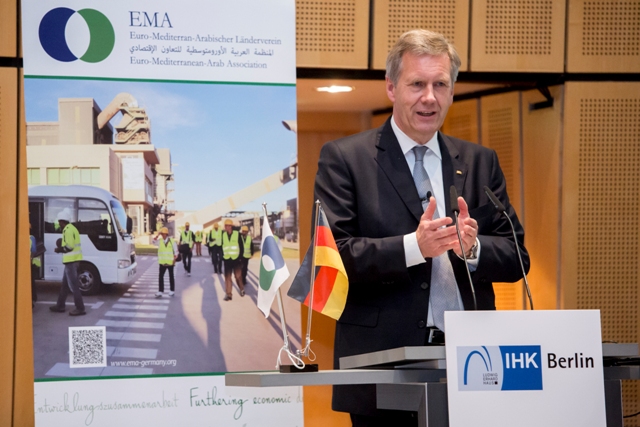 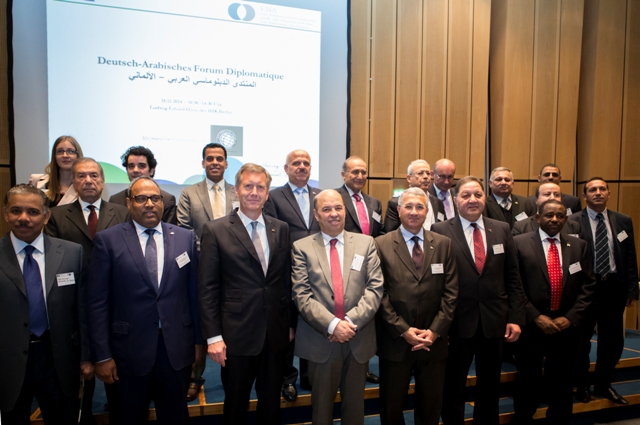 The keynote speeches at the core of the first part of the event were held by high-ranking personalities from the EMA region and Germany. Clara Gruitrooy, managing director of the EMA, competently mastered the moderation during that part of the event.

H.E. Senator Dr. Jawad Anani, President of the Jordanian Economic and Social Council and Member of the Jordanian Senate, stressed the enormous significance of the cooperation with Europe and argued for a new partnership model. Particularly, he emphasized the chances and the great potential in the field of vocational education in order to address the challenges with regard to people’s employment opportunities. Thus new perspectives especially for the youth should be created.

Dieter Walter Haller, director of the department of economics and sustainable development of the Federal Foreign Office, was able to draw from his long-standing experience in cooperation with the region, especially thanks to the last few years when he was the German ambassador to Saudi Arabia. He commented on the joint challenges that will dominate the cooperation in the next few years. Against this background he mentioned the urgent economic stabilization and diversification that should be furthered in order to guarantee sustainable development in the region.

He stressed that the individual growth and other potentials of the countries will have to be taken into consideration. The federal government supports these potentials with experience and knowledge, for instance, in the fields of expanding economic structures, vocational education, or the ability for innovation of SMEs. Moreover, he highlighted a number of joint interests such as a sustainable and secure energy supply.

Finally, Professor Dr. Burhan Ghalioun, director of the Centre des Etudes Arabes et Orientales at Sorbonne University, Paris, commented on the great challenges currently faced by the international community with a particular focus on the precarious situation of the Syrian population and the subsequent refugee debate.

The second part of the Forum started with a business exchange with the diplomatic representatives at the respective country tables followed by a business lunch. The large number of representatives from businesses and associations made use of the unique opportunity to share an intensive exchange with the 22 representatives of the embassies and to get advice and support for planned and ongoing projects in the region. Both sides were able to benefit from meeting interesting interlocutors for new cooperation projects and to share their individual experiences. On the one hand, this concept is based on the positive experience the EMA has had with the Salons Diplomatiques about individual countries of the EMA region. On the other hand, the event is based on the conference of the ambassadors at the Federal Foreign Office where all German ambassadors attend a social luncheon and can be approached by entrepreneurs and businesspeople for conversations at tall tables in a foyer.

This great success of the German-Arab Forum Diplomatique for the EMA would not have been possible without the exceptional support by the cooperation partners, sponsors, speakers, and moderators. We would therefore like to express our warm thanks to all participants and hope for future cooperation in the name of German-Arab economic cooperation as successful as this. 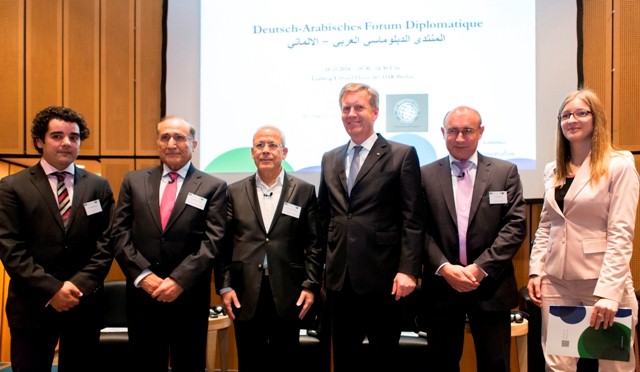 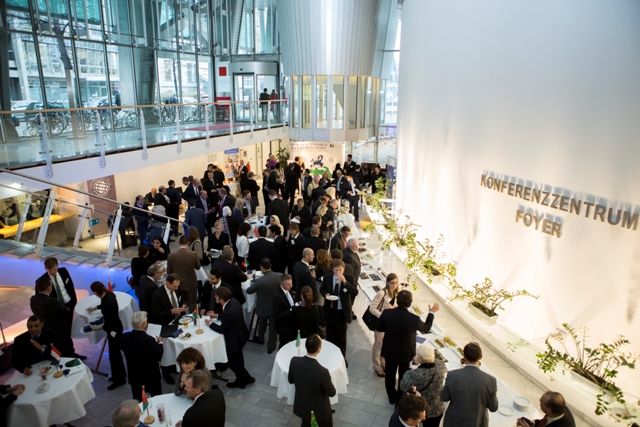 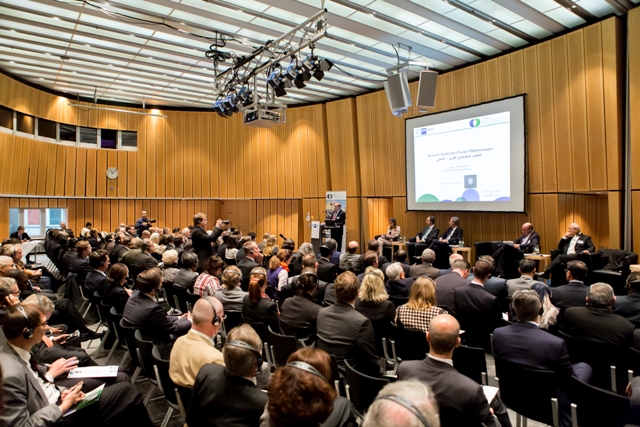