The Republic of Iraq has drawn the interest of foreign investors and suppliers in the last years who realized the enormous investment potential of the country. The strong economic growth and the increasing demands of the population reveal shortages and missing expertise in the field of infrastructure and industry. According to estimations by the Iraqi investment authorities the need for infrastructure investments in the energy sector will amount to USD 500 billion for the next 10 years and additional USD 500 billion in other sectors

The national budget for 2013 earmarks an expenditure volume of USD 118,6 billion recording an increase of 18% compared to the previous year. From that, USD 45,5 billion (38%) will be apportioned to state investments in the especially in the energy and infrastructure sector. The renewed National Investment Plan 2013-2017 intends an expenditure volume of USD 470 billion from which USD 275 billion are budgeted for infrastrucutre investments.

According to a report by IMF experts, the Iraq was able to maintain the stability of the economy despite the aggravating political climate and record a strong economic growth of 8% in 2012. The projection for 2013 is even as high as 9% and remains constantly strong.

Due to rising oil exports, the Iraq is has enough financial resources to develop its industry and infrastructure.The missing technical know-how and the tremendous need of knowledge in management and organizational methods creates a big market for foreign companies.

The international competition for shares in the Iraqi market between Turkish, Iranian and East Asian companies is intensifying. Nevertheless,  German companies have excellent chances due to their particluar reputation "Made in Germany". The foreign trade between Germany and Iraq shows an upward trend since 2005. German exports increased fom EUR 273,7 million in 2005 to EUR 1.282 million in 2012. According to experts this trend will continue in the next 5 years.

To facilitate your entry into the Iraqi market, the EMA organizes the Business Forum Iraq in Hamburg. Get in touch with decision makers and experts from business, politics and law and establish important contacts with Iraqi businessmen. 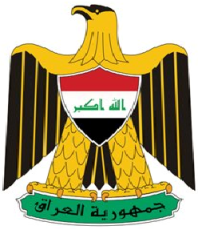 Embassy of the Republic of Iraq | Berlin