Report on the 3rd German-Arab Forum on the Digital Economy

On November 25, as part of the 14th Internet Governance Forum initiated by the United Nations, the 3rd German-Arab Forum on the Digital Economy organized by the EMA in collaboration with Agency for Business & Economic Development (AWE) and VOICE, shed light on the two critical aspects of digitalization: sustainability and the future of work. The fishbowl feature of the forum allowed the entire audience to actively participate, making the forum highly interactive and fostering thought-provoking discussions. The forum commenced with words of welcome from the Secretary General of the EMA, Mrs. Clara Gruitrooy, emphasizing on the positive impact that digitalization should have on everyone’s life and wishing for enhanced cooperation between Germany, Europe, North Africa, and the Middle East.

“Digital technologies are all about trial and error. You start something but you don’t necessarily know where it will end up”, said Mr. Michael Krake, Director of the Private sector; trade, employment; digital technologies of the German Federal Ministry for Economic Cooperation and Development (BMZ), at the beginning of the discussion on achieving sustainability through digitalization. Giving an example of ‘Planitx’, a mobile application used by the farmers in Tunisia to receive expert advice on their crops, he further stated that, ‘there are a lot of reverse innovation taking place in developing countries, and the developed nations can learn a lot from it’.

Discussing about the impact of digitalization on a macro level, Mr. Sebastian Kliem, the Head of Special Interest Groups of VOICE e.V., stated that “digitalization will change politics, the society, and the economy” and stressed on the fact that to tackle the challenges accompanying the changes caused by digitalization, international cooperation, and effective communication is highly required. Supporting this notion Ms. Jana Dotschkal, Senior Project Manager of Africa Business Network, added that, the ideas and the solutions to these challenges are there. All that is needed is working together at a regional level. Moreover, emphasizing on the urgency of combining sustainability to the digitalization plans, Ms. Steffi Kirchberger (CEO of JARO) commented that, “It’s time. We cannot wait until digitalization takes off & sustainability falls behind. For that, we need new contracts”

The Impact of Digitalization on the Future of Work

With the inauguration of the 4th industrial revolution characterized by rapid advancement in digital technologies, the global concern about the future of work was the epicenter of discussion of the second panel. The dialogue commenced, following the moderation of Mr. Ian Lachmund, the Senior Advisor of AWE.  Describing the startup scene in Tunisia, Ms. Amel Saidane, the President of Tunisian Startups, started with her contribution saying that “it is a very high potential and vibrant scene”. She adds that the Tunisian market is small compared to many other African countries, which the startups acknowledge and hence the digital component in their business is very strong as they mostly aim international coverage. Regarding the impact of digitalization on the future of work in Tunisia, Ms. Saidane stressed on the need for re-skilling of existing work. She added that “South is less aware of the impact on the future of work due to digitalization, which will be way more dramatic than the North. Both in terms of challenges and opportunities”. According to her, the demographic shift in the North African countries with a lot of youth entering the labor market, should be used as an opportunity. The demographic change in Germany though, is the exact opposite, with a disproportionate increase in the old age population, stated Ms. Kirchberger. She advised to invest in change management for the older generation and recommended to put more effort into understanding the digital technologies rather than just consuming it.

“Digitalization as a tool to achieve the objective of sustainability”

Refocusing on the issue of sustainability, the Senior Sales Advisor of Cloud & Heat Technologies, Mr. Christian Kallenbach, the Senior Sales Advisor of Cloud & Heat Technologies,  raised the concern that by 2030, data centers around the world would require 21% of the global energy, compared to the 5% current energy requirement. Giving the example of designing efficient cooling systems for the data centers, which is the fundamental operation of his company, Mr. Kallenbach stressed on the necessity of emission reduction initiatives across the world. Besides, he suggested that security is the base of sustainability. He further stated that “security is something people don’t speak about because everybody believes it’s there anyway”, but there needs to be a set of comprehensive standards and regulations implemented throughout the entire IT sector.

In fine, Mrs. Gruitrooy invited the audience to align with the EMA’s goal, to be smart and build solutions together. She added that the forum would not have been such a success without the support of the partners, AWE and VOICE, and the team members of EMA. Lastly she expressed her gratitude for the opportunity given by the hosts, the United Nations and the Federal Ministry of Economics and Technology (BMWi). 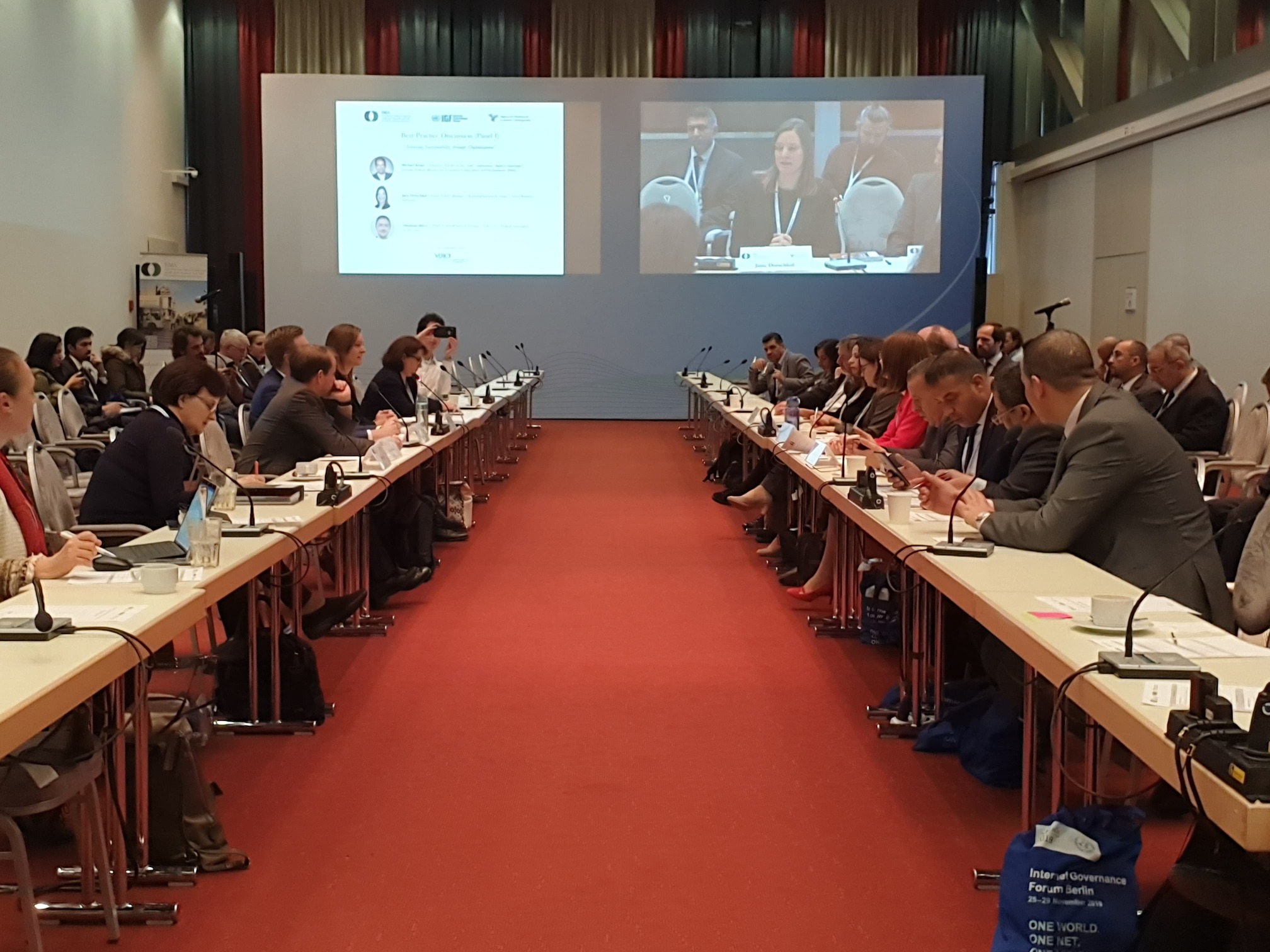 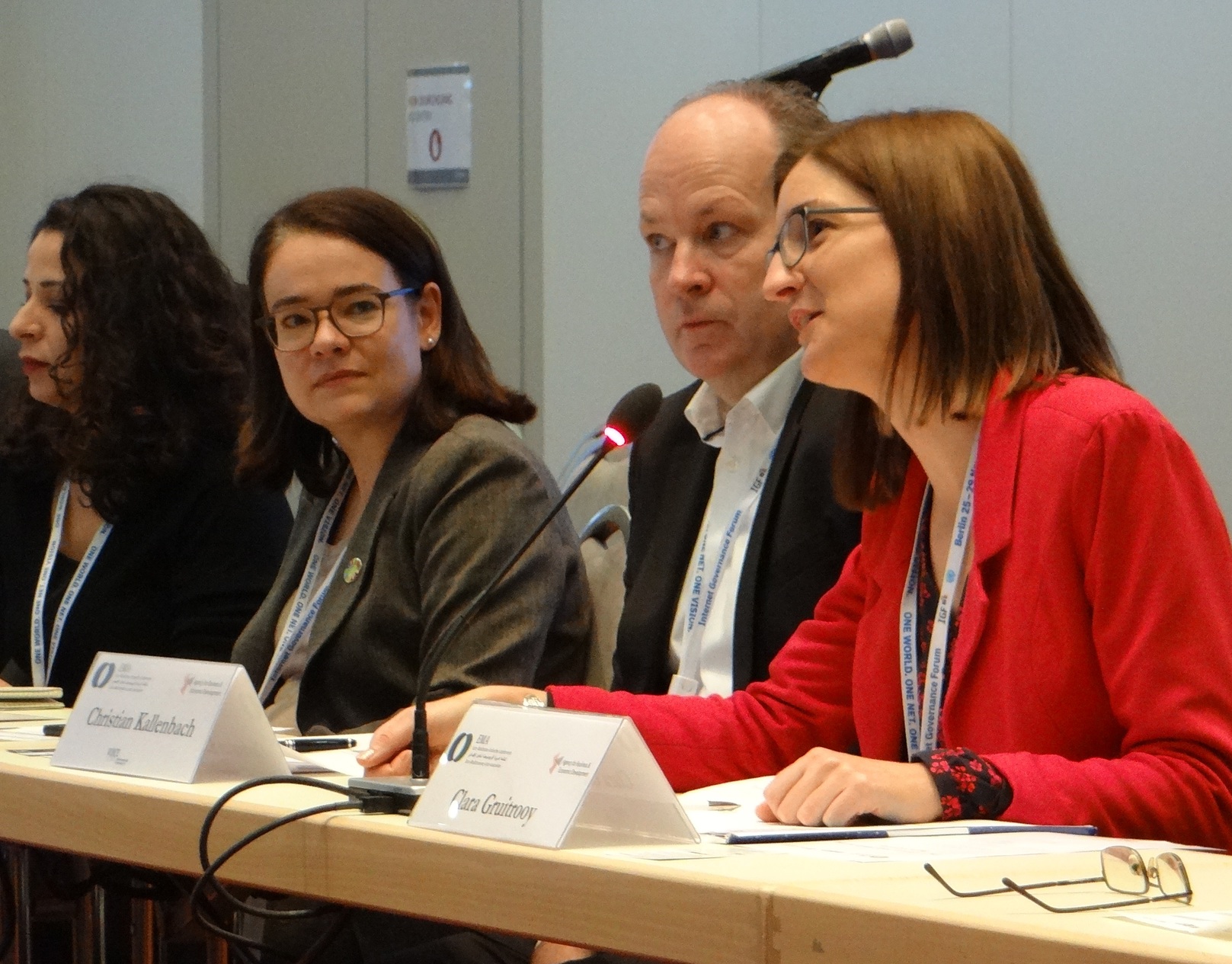 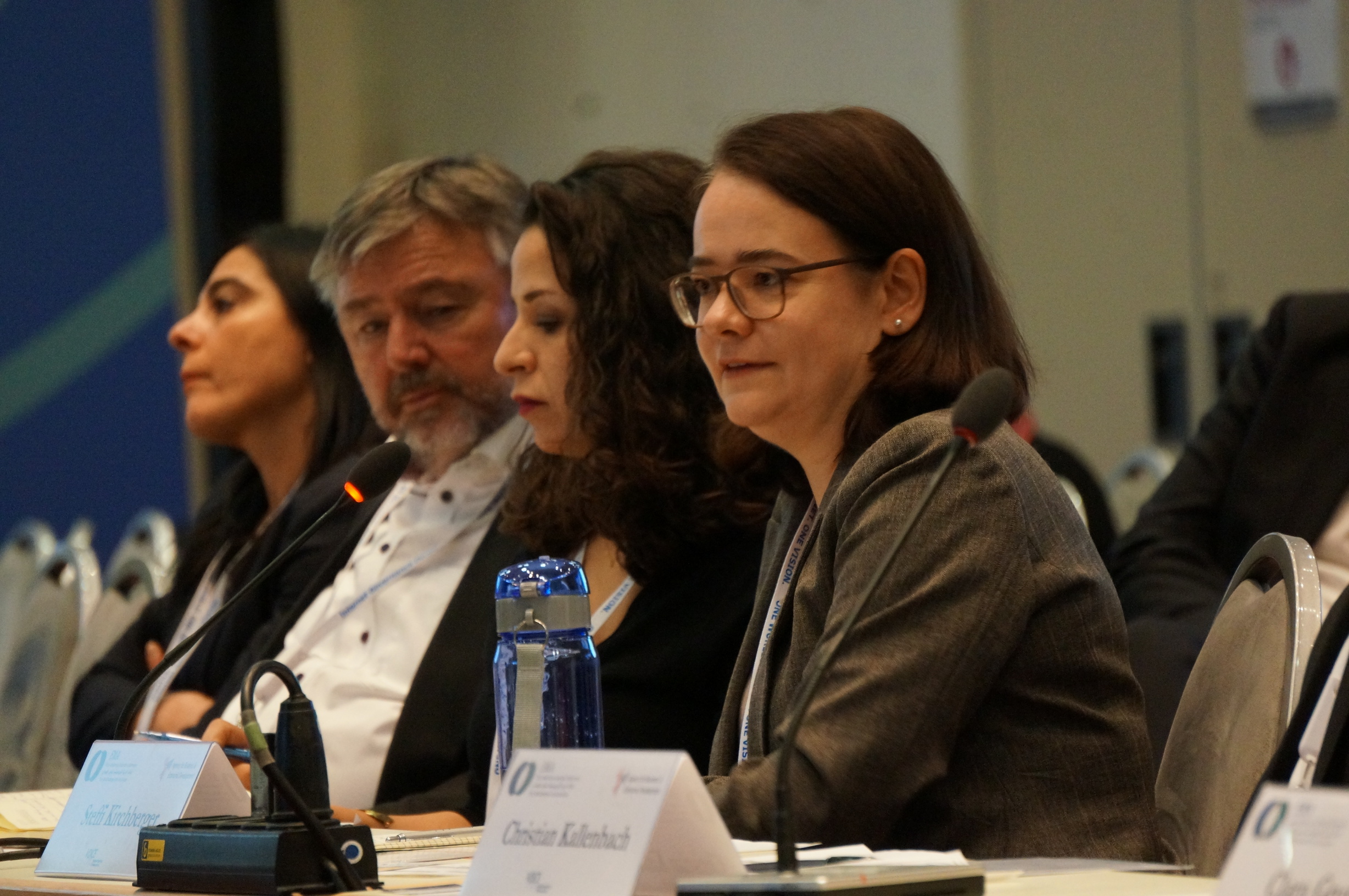 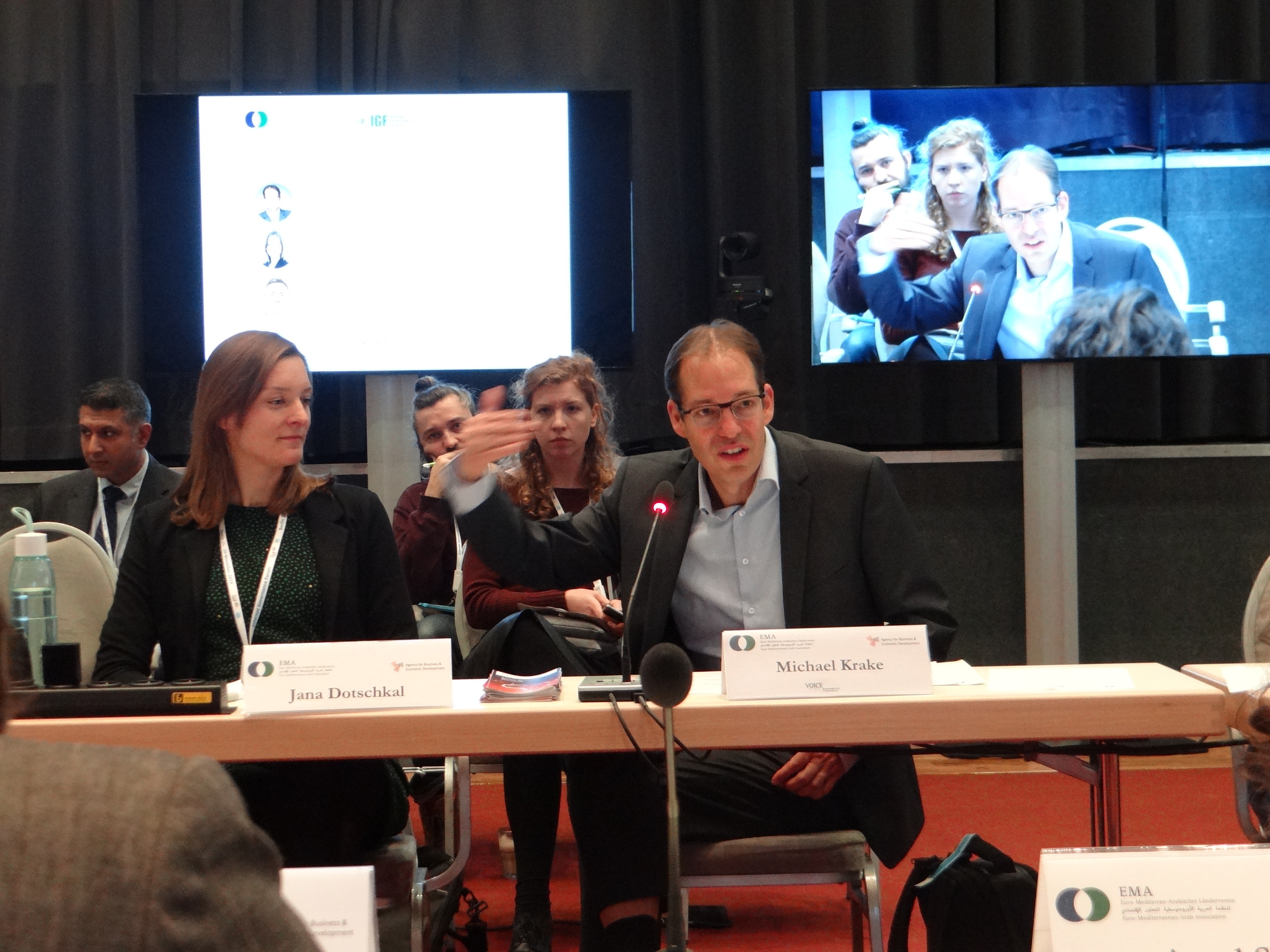 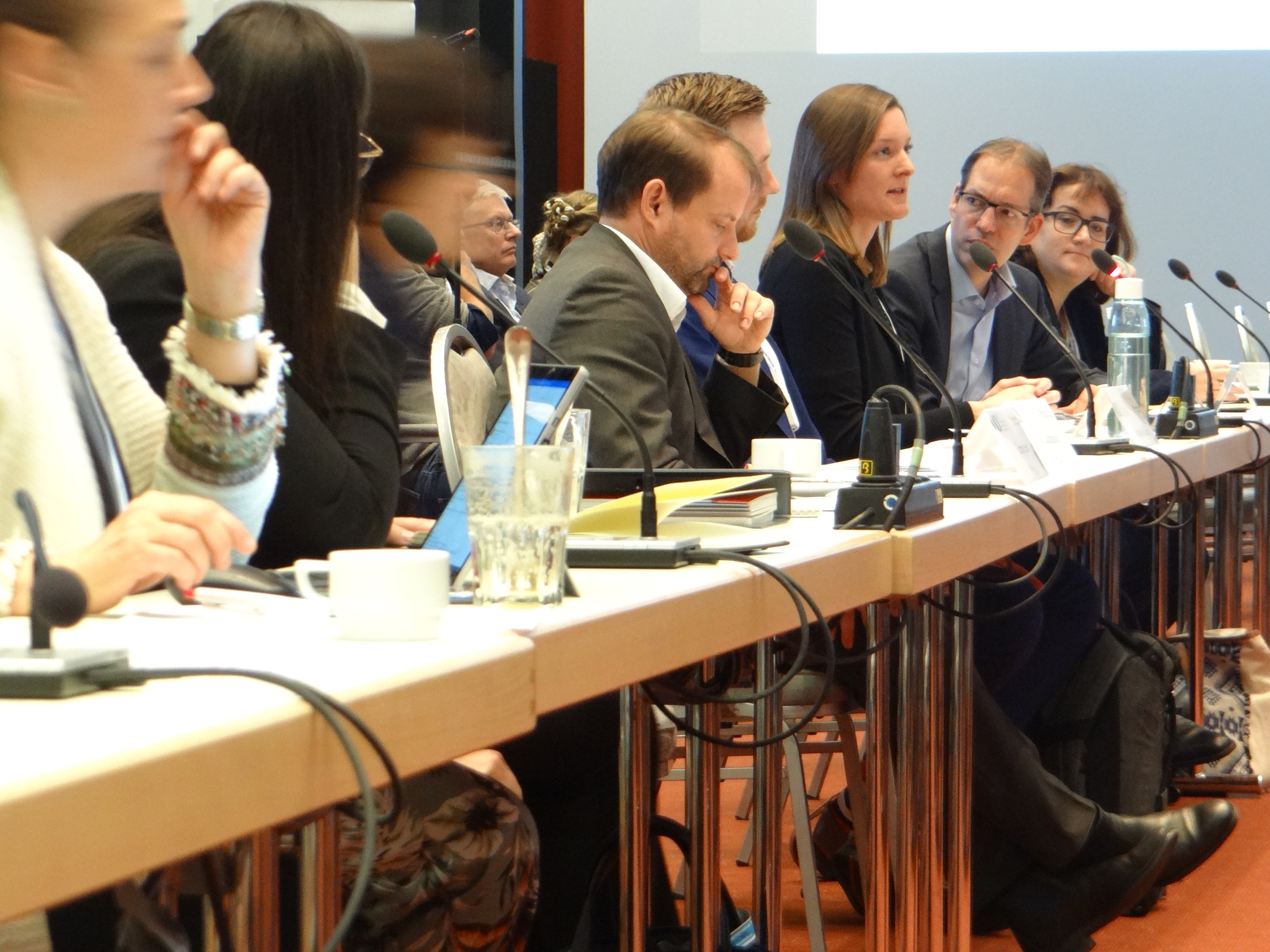 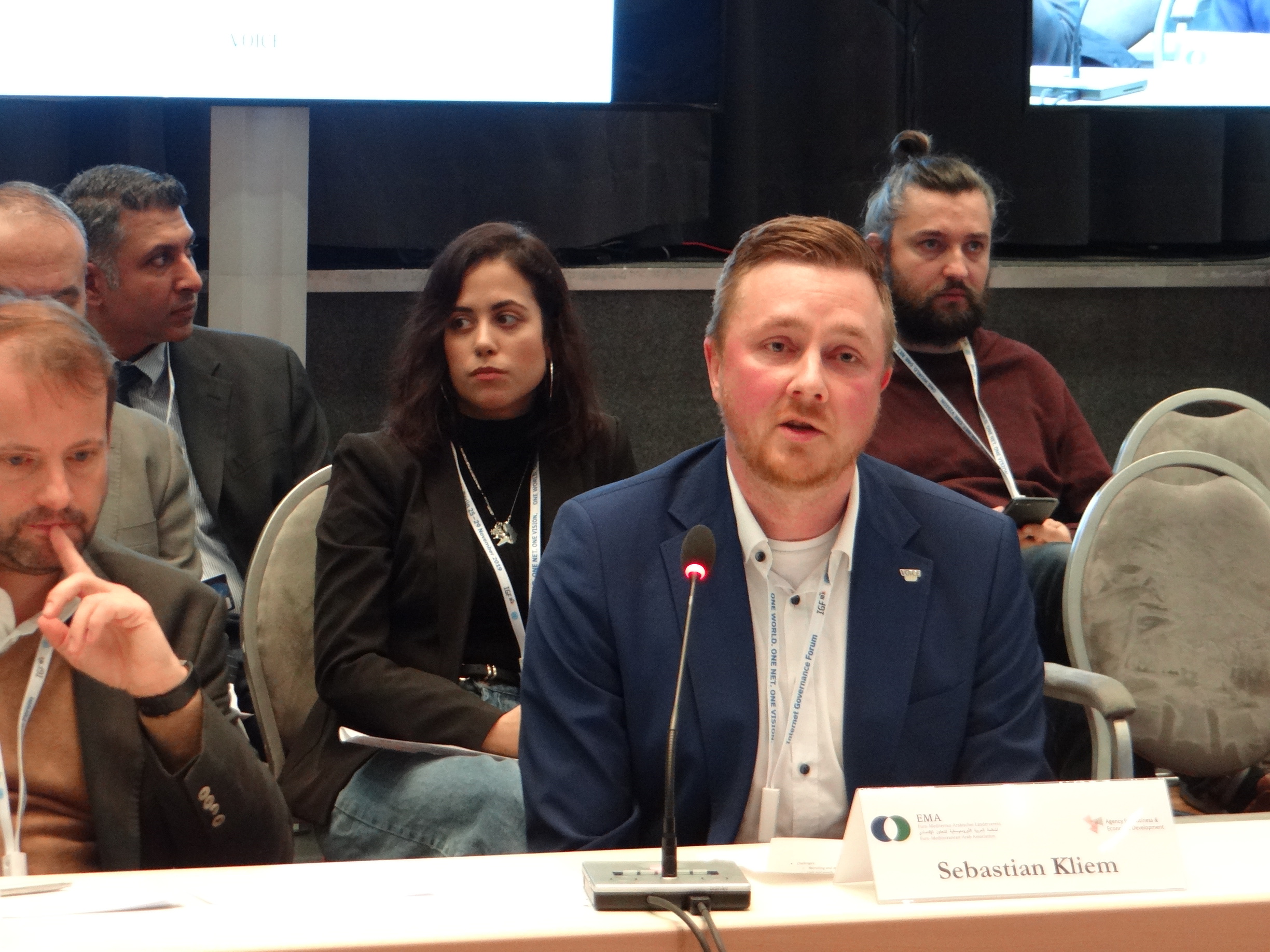 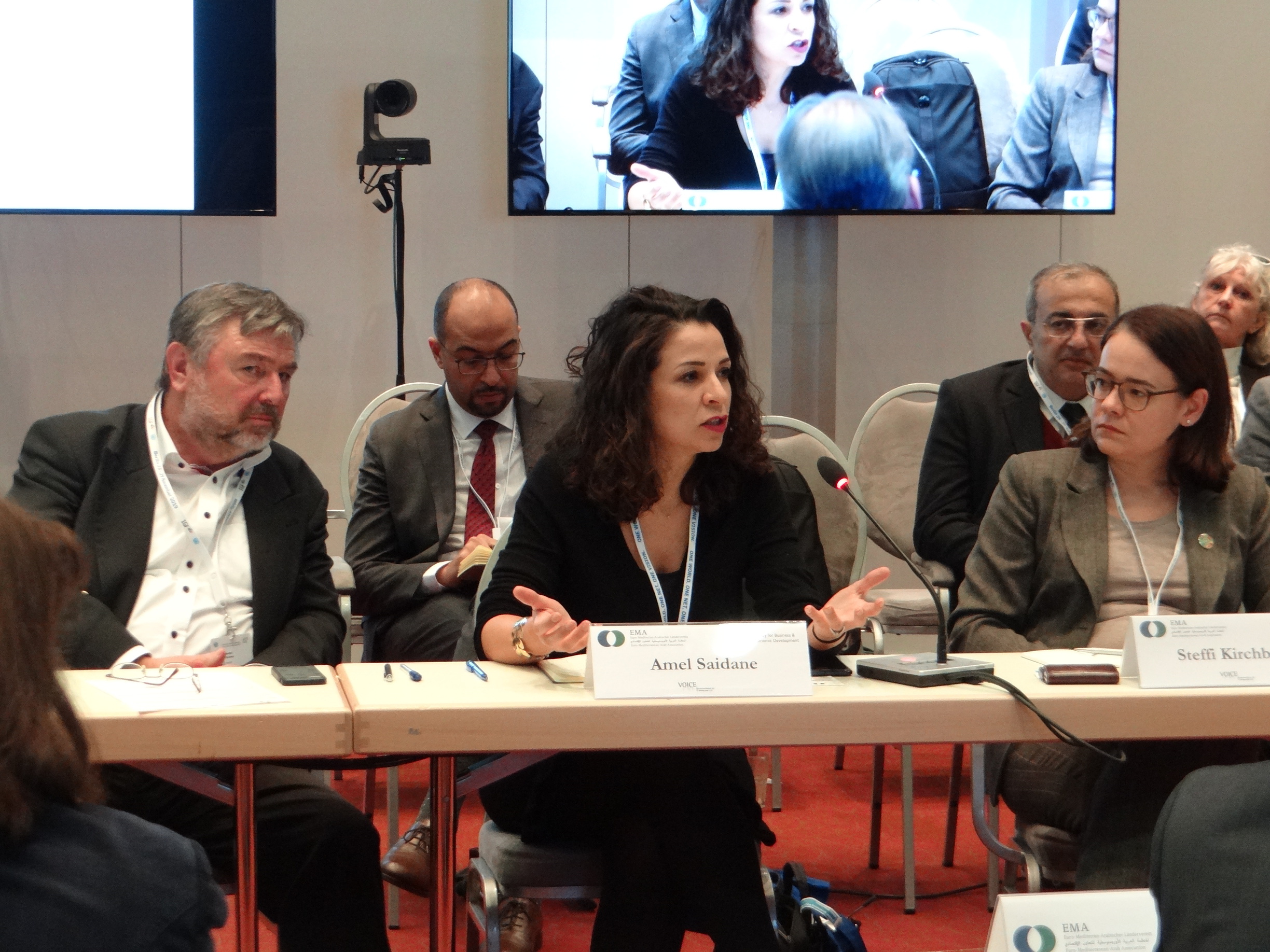 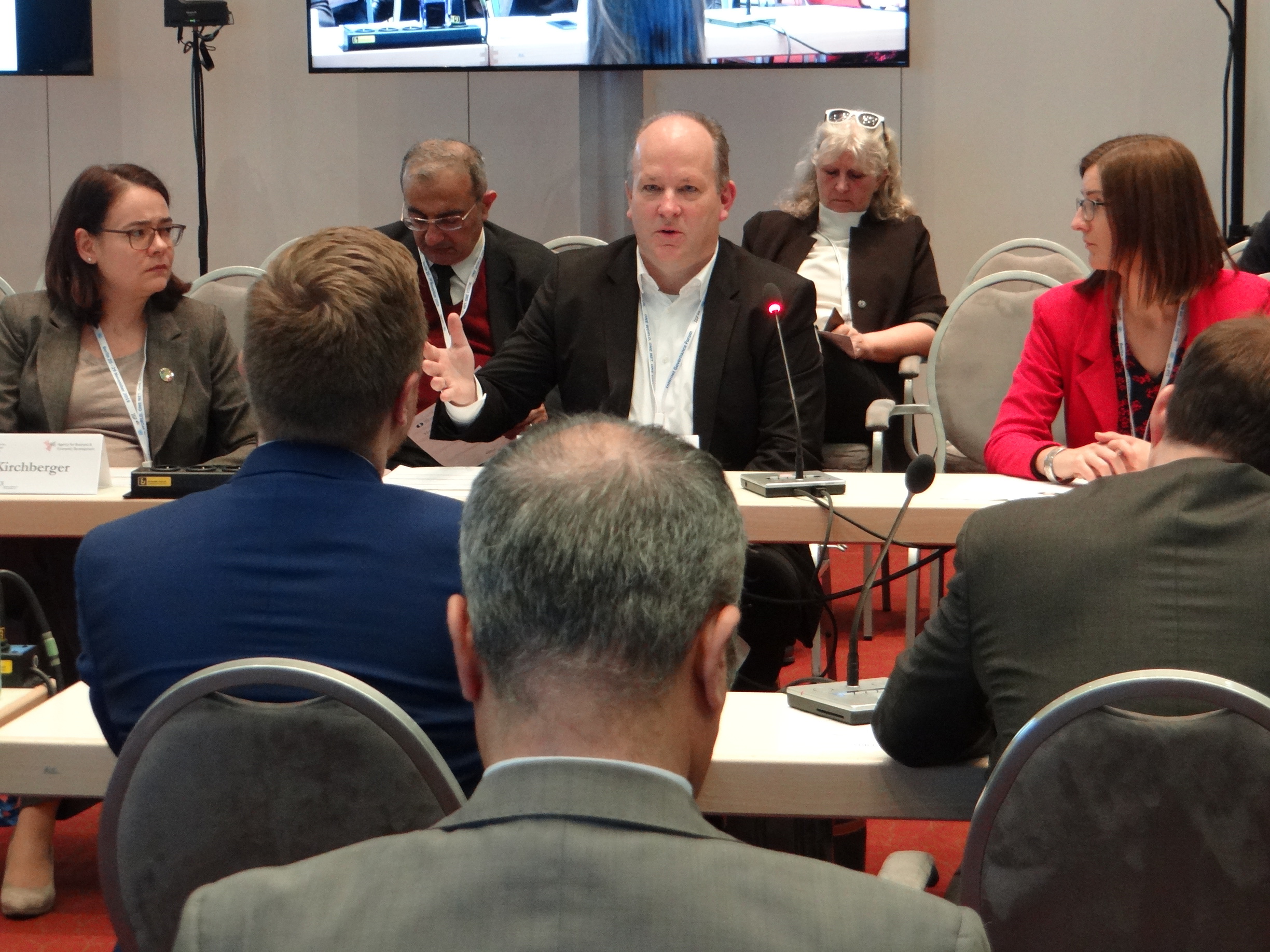 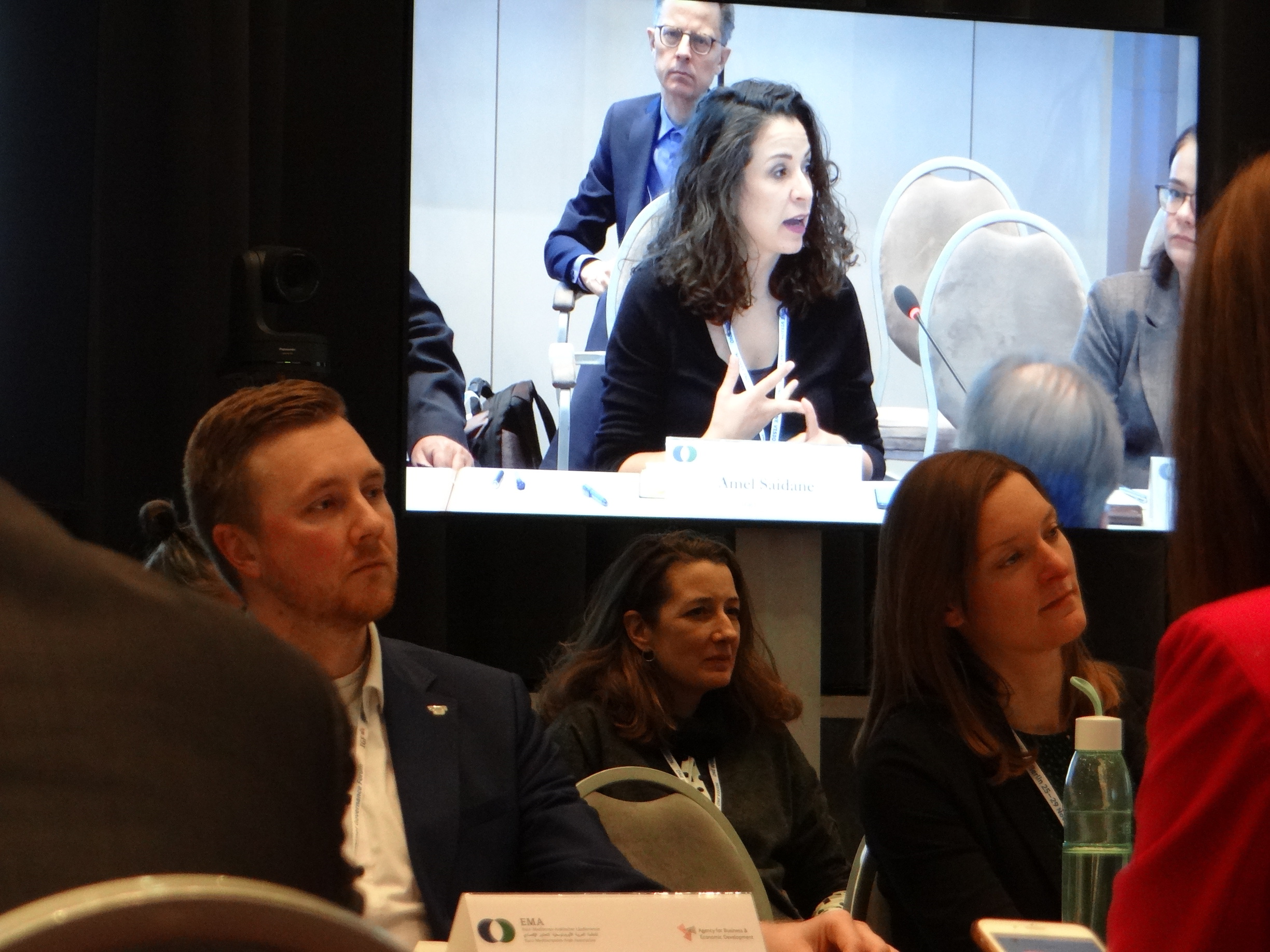 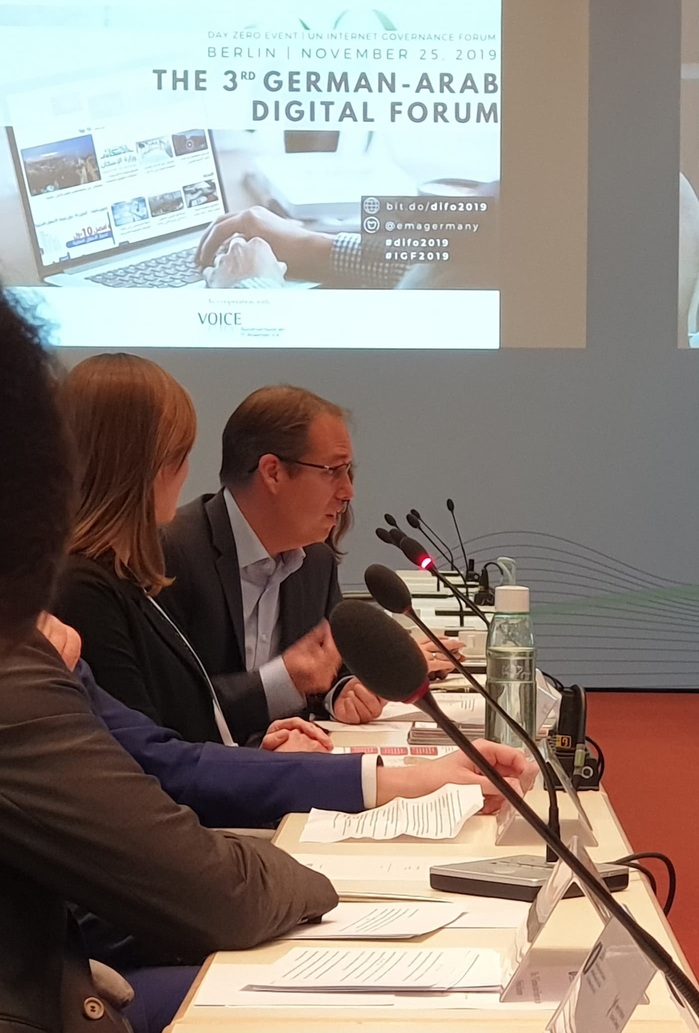 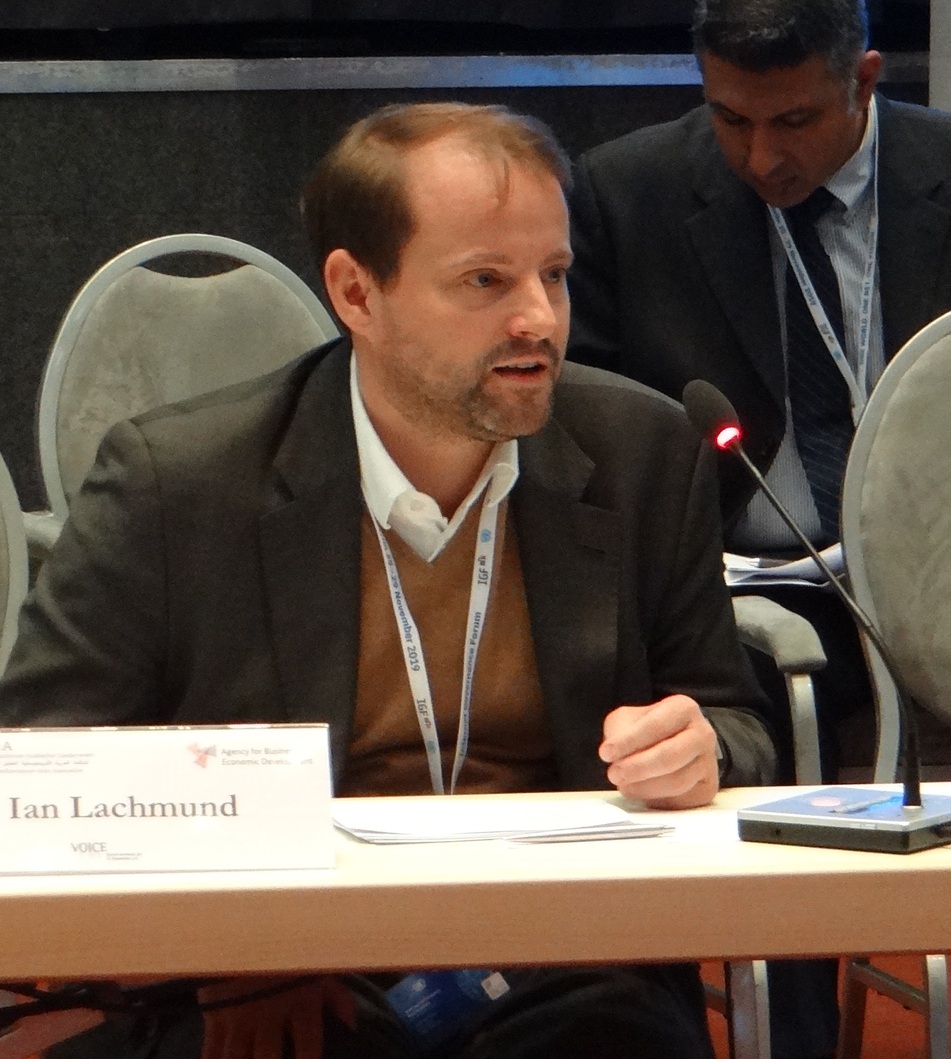