Open for Business: North African Economies from Close Up

The new German government has begun to take shape. According to the coalition agreement, the existing Africa policy guidelines will be continued. This concerns especially the German G20 presidency’s Compact with Africa and the promotion of sustainable investments in the private economy sector. At the Economic Forum North Africa, that the EMA hosted in Berlin on February 6 and 7, the Double Deputy G7 / G8 / G20 of the German Ministry of Finance, Dr. Holger Fabig and the special representative for the economy and municipalities at the German Ministry of Economic Cooperation and Development (BMZ), Dirk Schwenzfeier, gave an insight into the course of action and approaches for the next few years.

Compact with Africa: Promotion of Private Investments, Not Development Aid

The focus of the Compact is on income generation and the promotion of private investments. It is clearly not about a new form of development aid, Dr. Holger Fabig emphasized. Mr. Schwenzfeier added: “The youth in Africa needs education. They need jobs. They need infrastructure. They need streets, houses, power supply, water supply, and waste disposal. The utilities providers, the municipalities, and the medium-sized companies can offer a lot of what is necessary in Africa.”

Around 200 participants from companies, associations, ministries, and embassies from Germany and North Africa led the Forum to a great success. Forum participants especially valued the participation of around 100 North African-Arab chamber delegations and high-level representatives from the North African countries. “The quality of the contacts that have been made here makes me very optimistic that we are going to have more positive conversations with North Africa in the future”, Stefan Paul, director of Kawasaki Gas Turbine in Germany, said.

In several expert panels on supply industry, digitalization, and agribusiness, experts from all involved countries discussed the opportunities and limits of cooperation. Logistics and supply chains turned out to be the overarching theme for all presentations. To Germany and Europe, North Africa is a bridge to sub-Saharan Africa. Morocco and Egypt think of themselves as gates to Africa, for example, as logistics hubs. “Location is very important. The fact that we have a number of German companies present and using Tunisia as a hub is the best word of confidence”, seconded H.E. Slim Feriani, Tunisia’s minister of industry and SMEs, who was available for conversations with interested companies.

The EMA brings the Compact with Africa to life. Private investment in Africa is about to be strengthened as the number of spontaneous B2B discussions during the Forum showed. The participants’ interest focused mainly on cooperation opportunities in the field of supplies for the automotive market and food additives.

The EMA facilitates constructive criticism. Consequently, the structural challenges facing the North African countries was also an issue. Although the region has low, competitive salaries in contrast to southern Europe, even in contrast to China, and a young, motivated, and skilled workforce, overall, there are around 29 million unemployed. They are in need of jobs – one million each year in Egypt alone. In addition, bureaucratic obstacles further complicate relations.

German companies – particularly those from the automotive sector – could be the key to eliminating these structural and bureaucratic hurdles, stressed not only H.E. Dr. Badr Abdelatty, the Ambassador of the Arab Republic of Egypt to Germany. German companies could benefit from important opportunities in Egypt and other North African countries. Like other speakers, he reiterated the huge interest of the North African participants in private-sector cooperation.

North Africa is among the economically least integrated regions in the world. At the same time, it is an economically unsaturated region with potential for high growth rates. One of the core concerns of the EMA is to overcome borders and to promote regional cooperation. It is also an economic advantage for German companies if the North African economies can be accessed more easily and more often.

The Economic Forum North Africa was a vivid expression of German-North African cooperation. The conference, the B2B gala dinner at the German parliament building, and the company tours at two German medium-sized enterprises in the state of Brandenburg the following day have shown what connects countries, people, and institutions. “The Economic Forum has brought them all together and has shown that the Mediterranean should be seen as a bridge between both sides”, underlined the president of the EMA and former Member of Parliament Gabriele Groneberg.

The incoming German government will give North Africa special attention. But the Forum is proof that without the involvement of medium-sized companies (the German “Mittelstand”) and eye-level cooperation sustainable results will not be achieved. 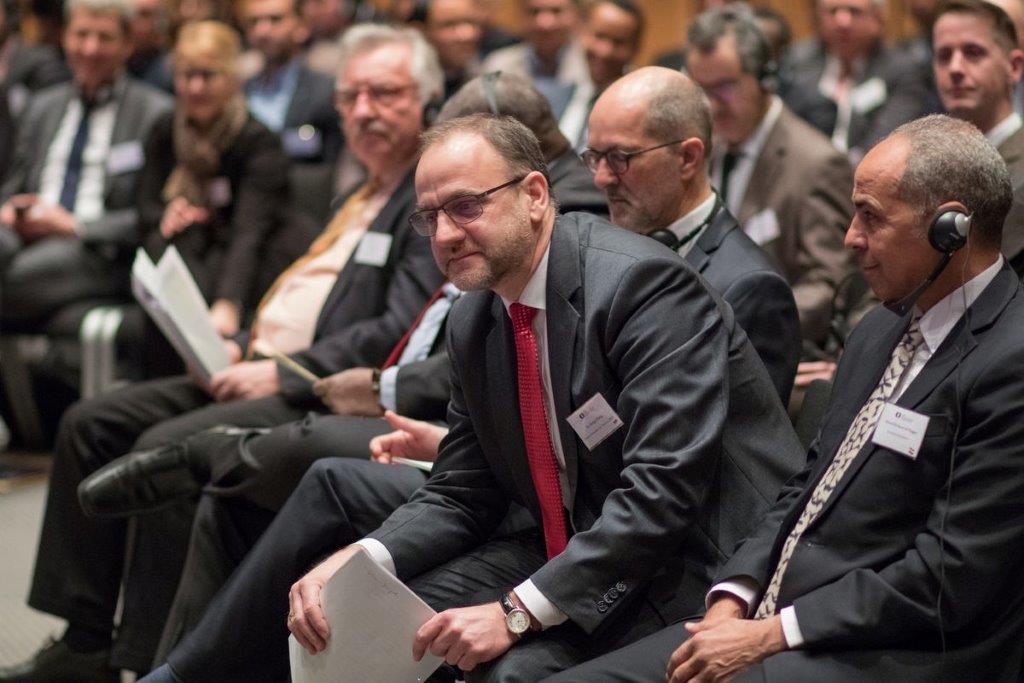 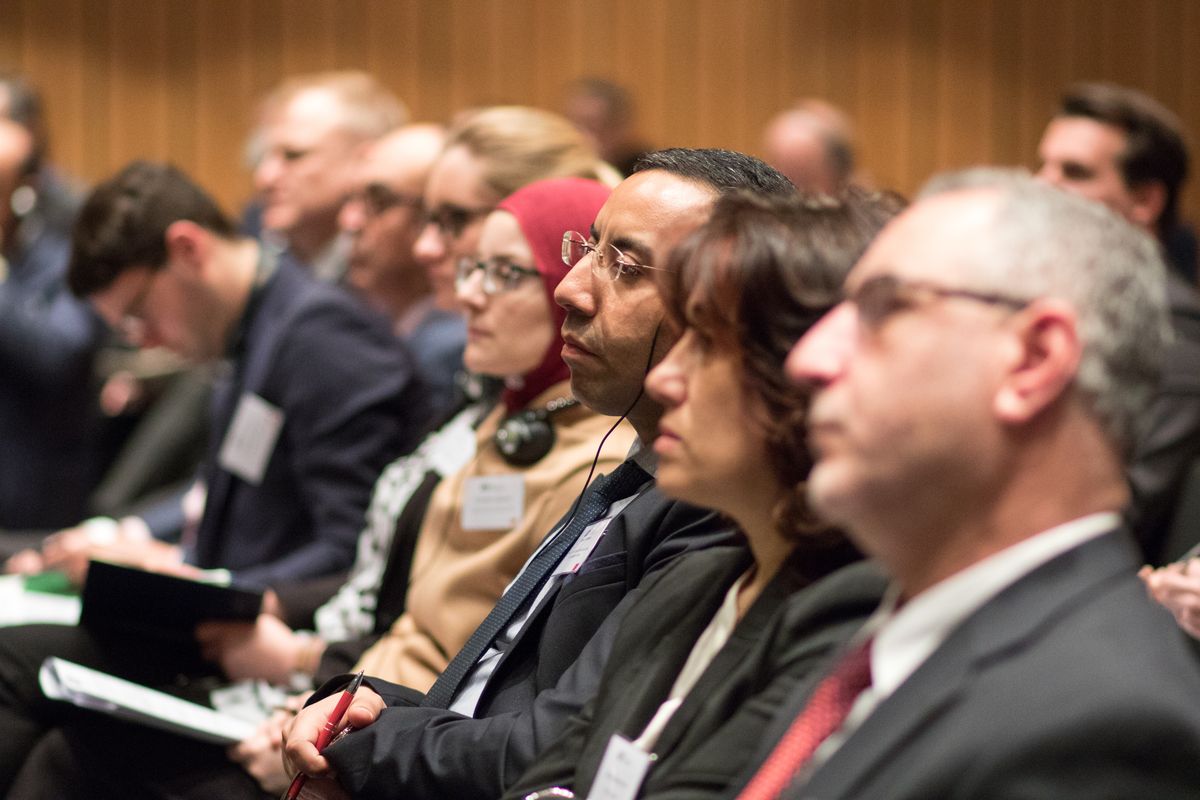 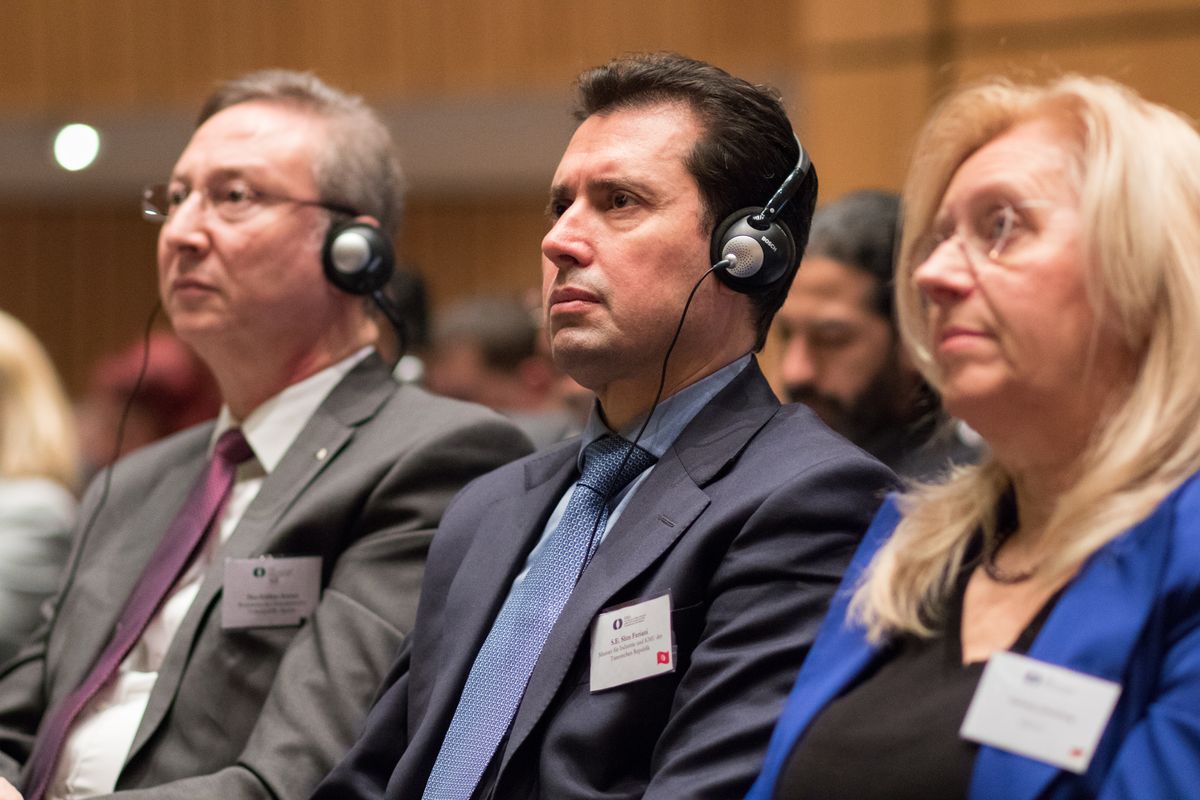 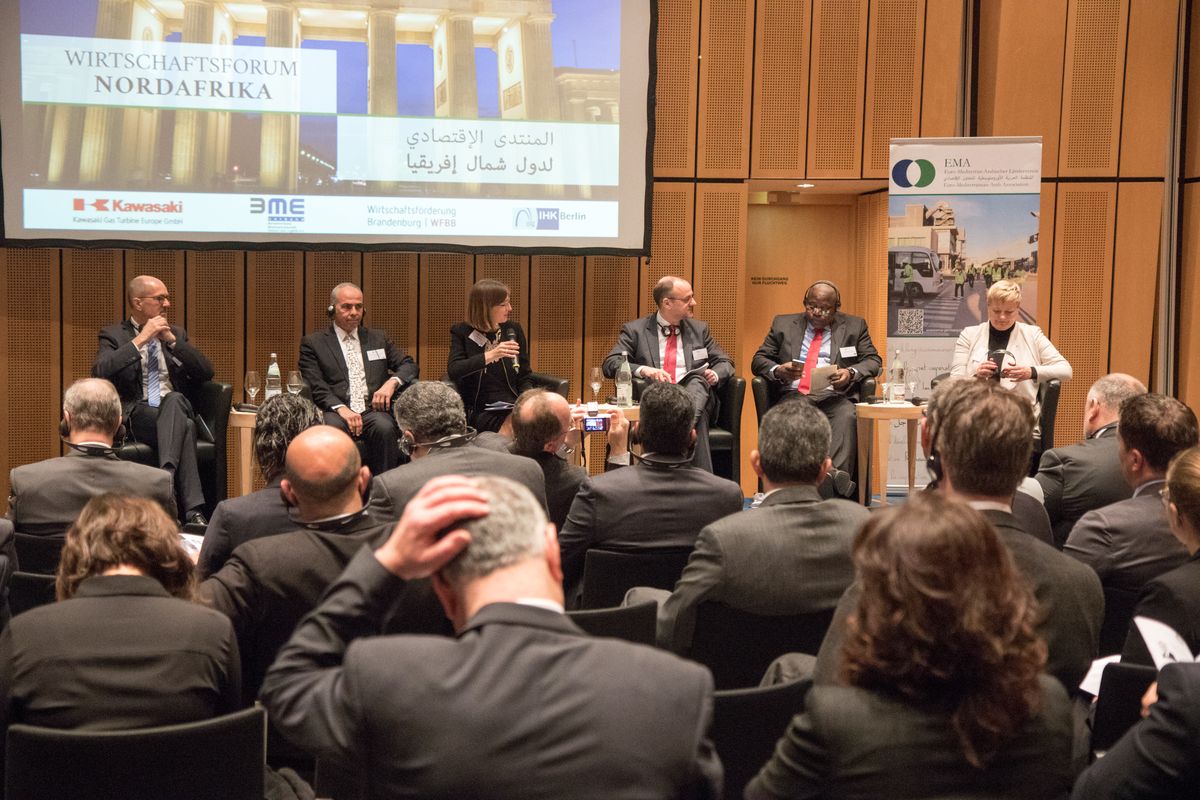 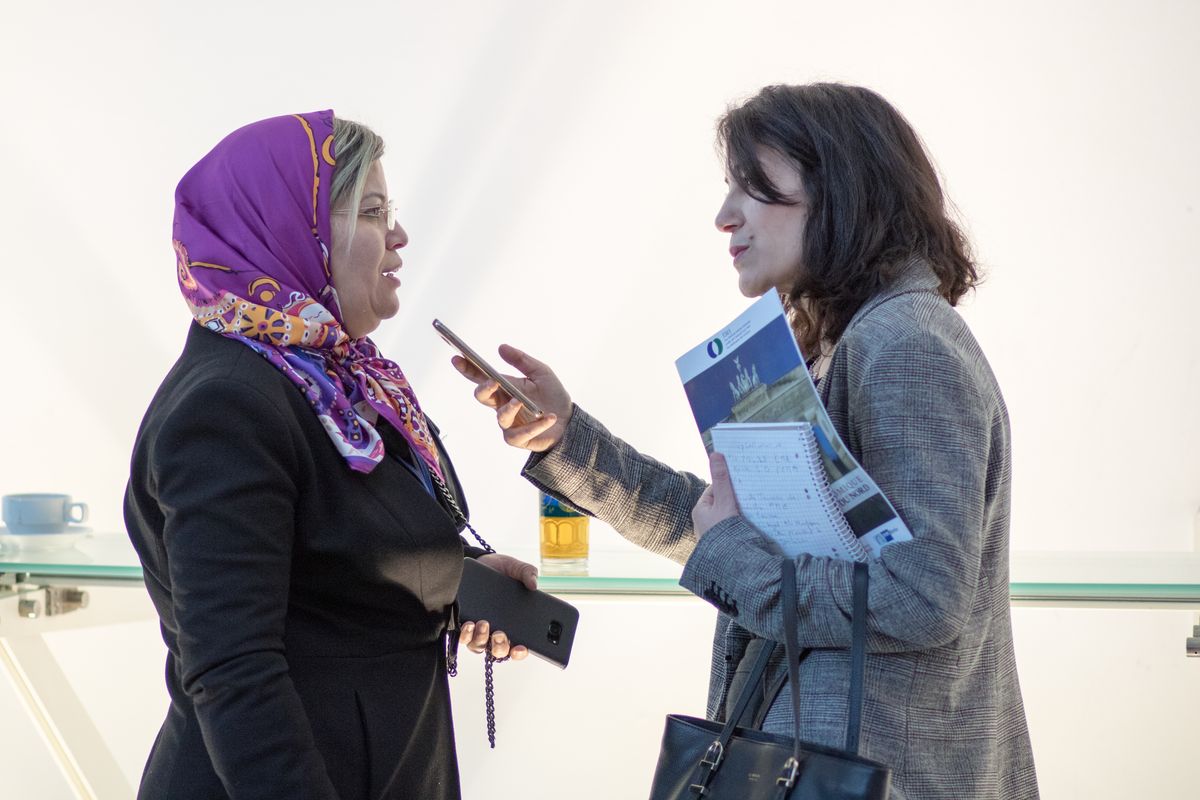 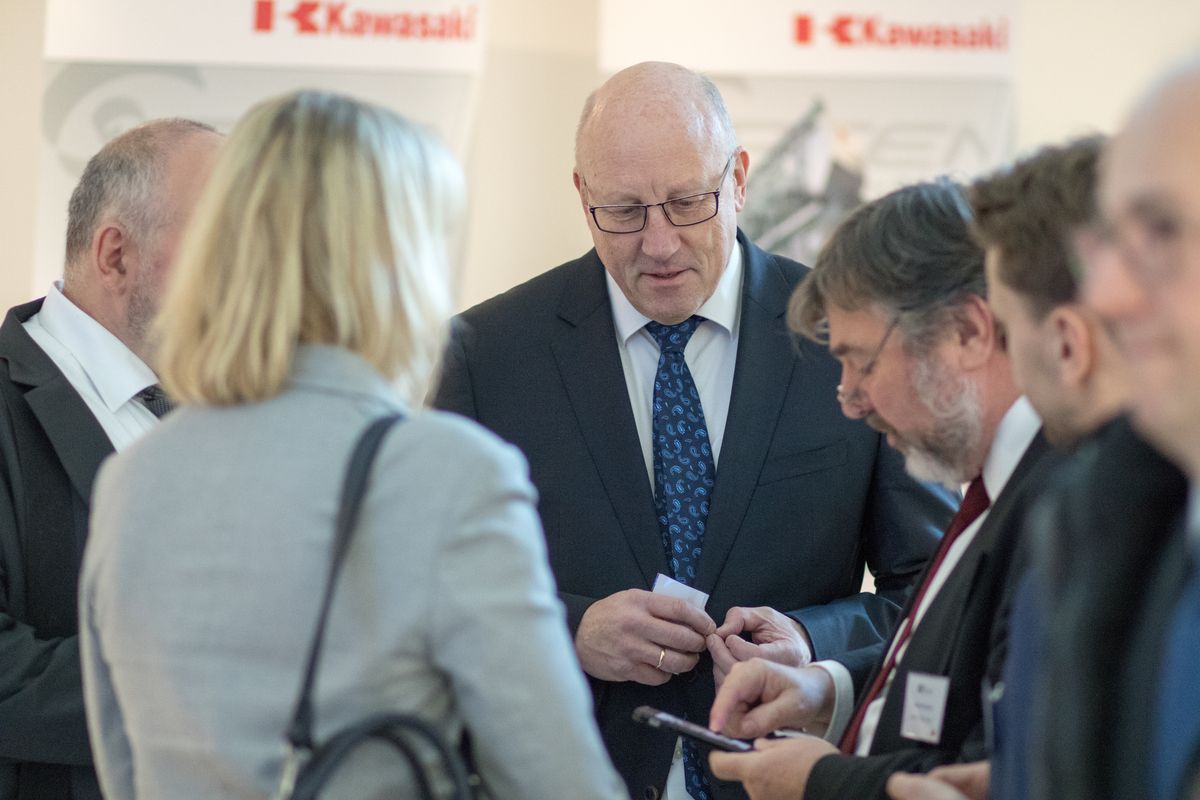 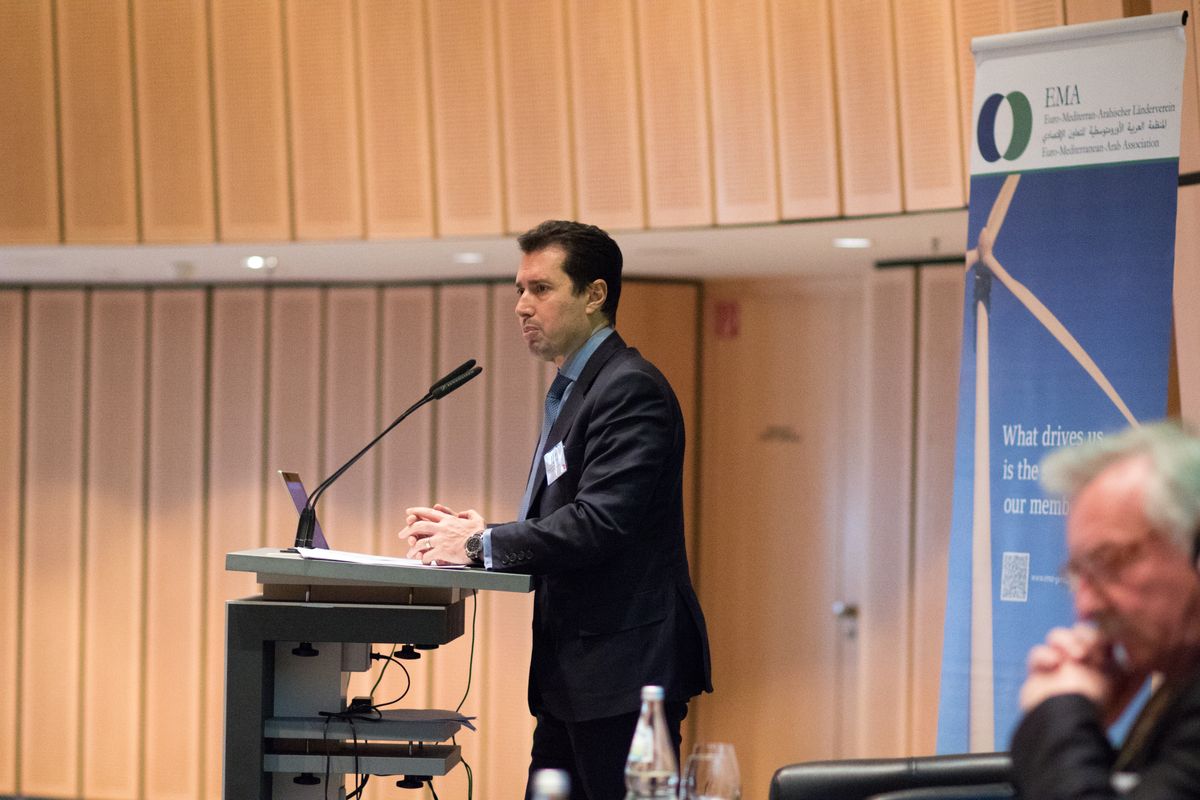 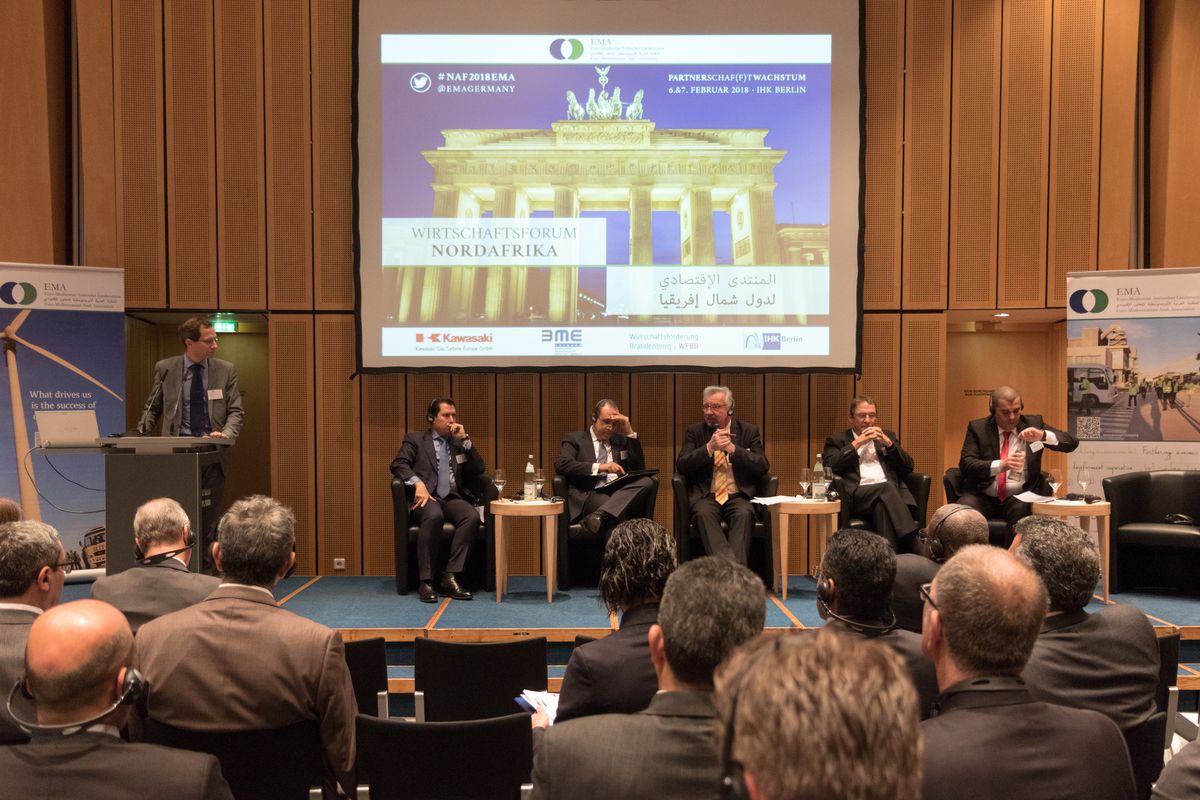 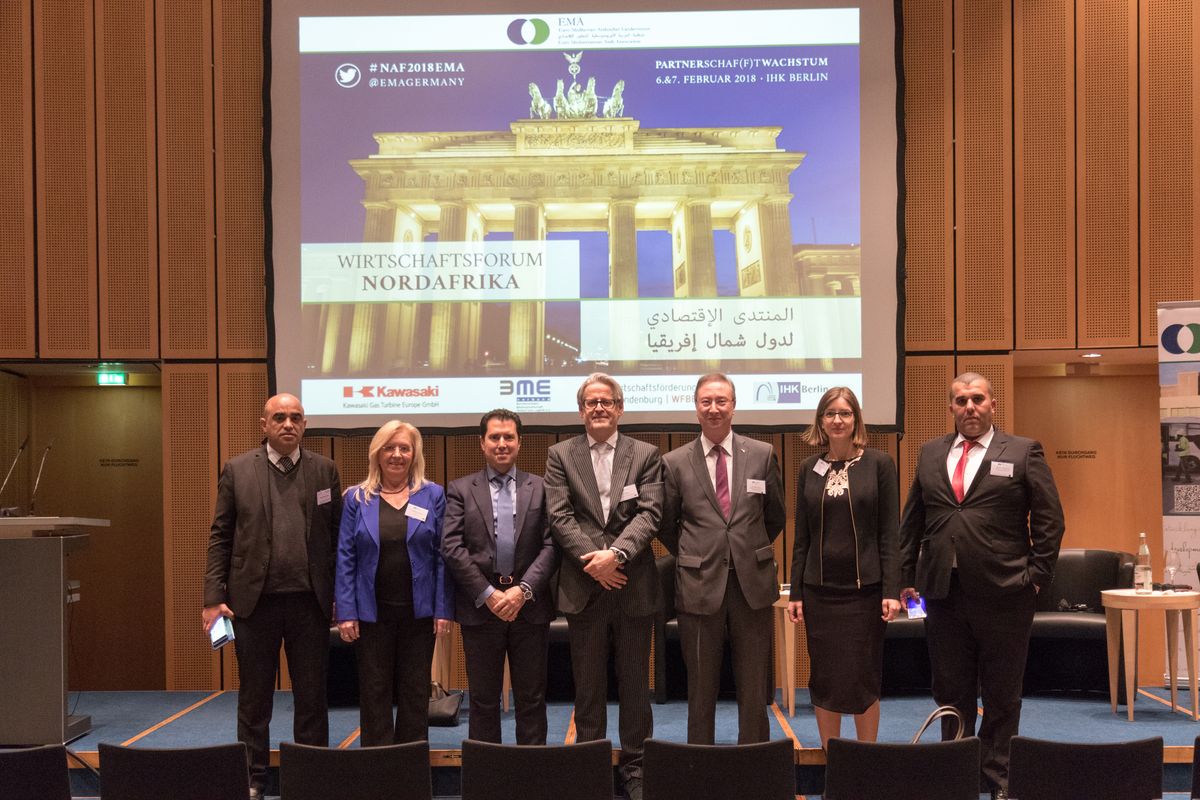 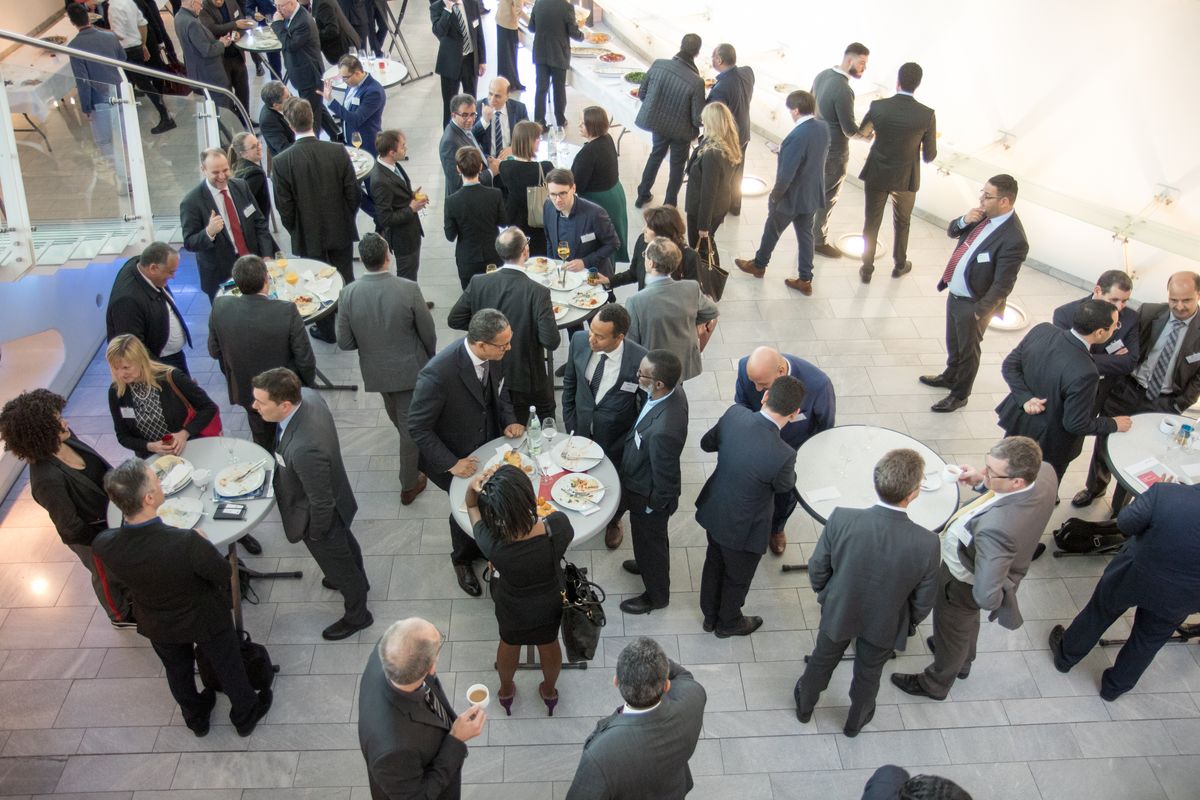 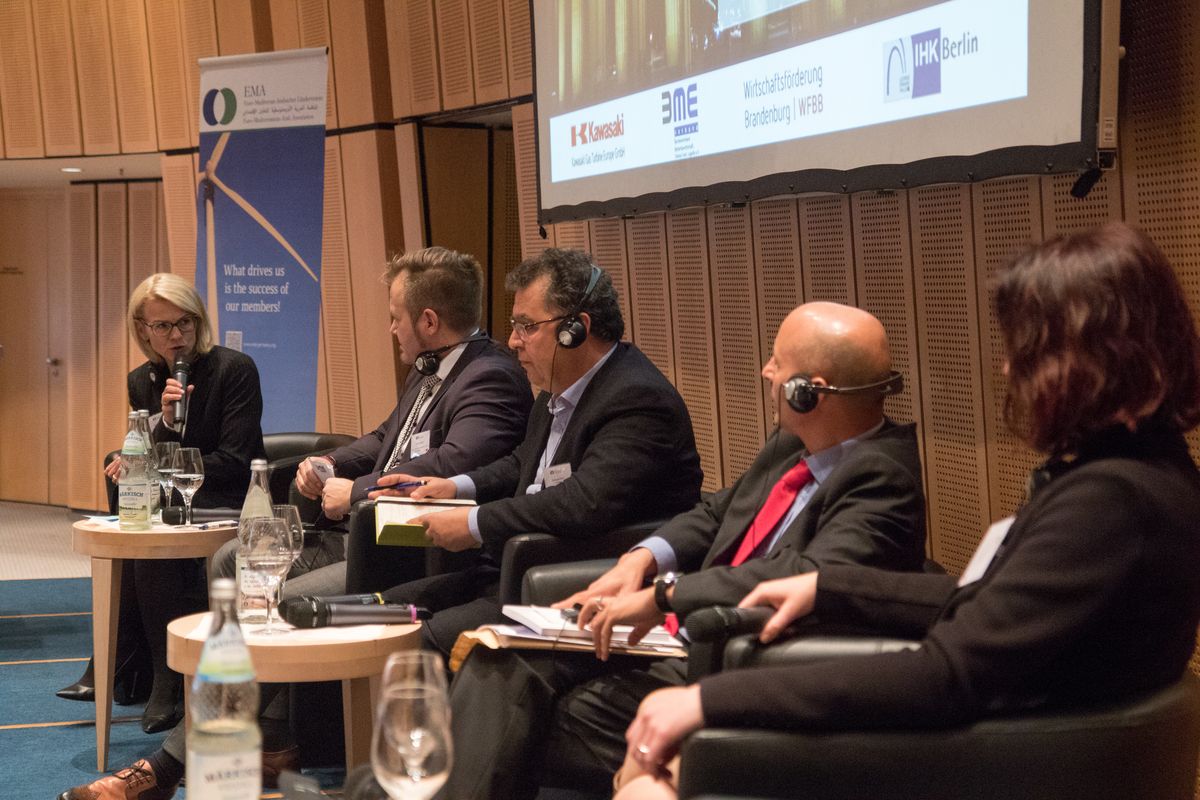 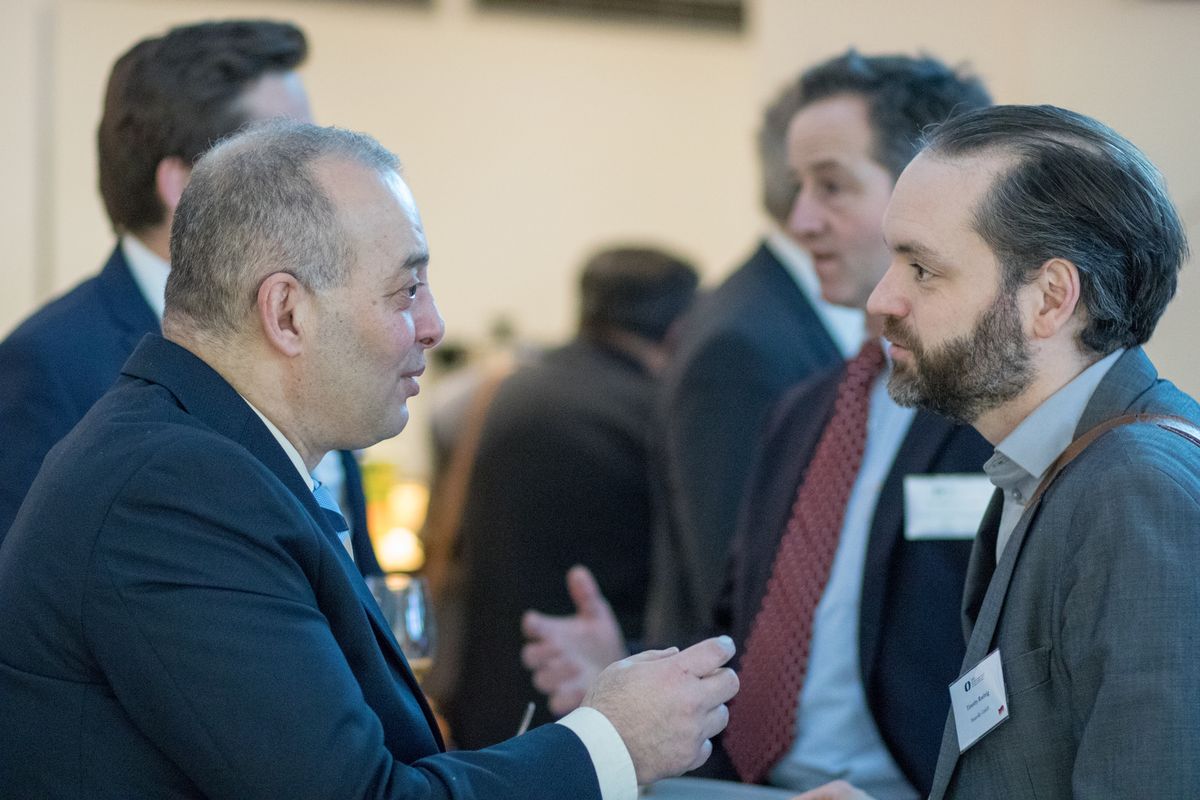 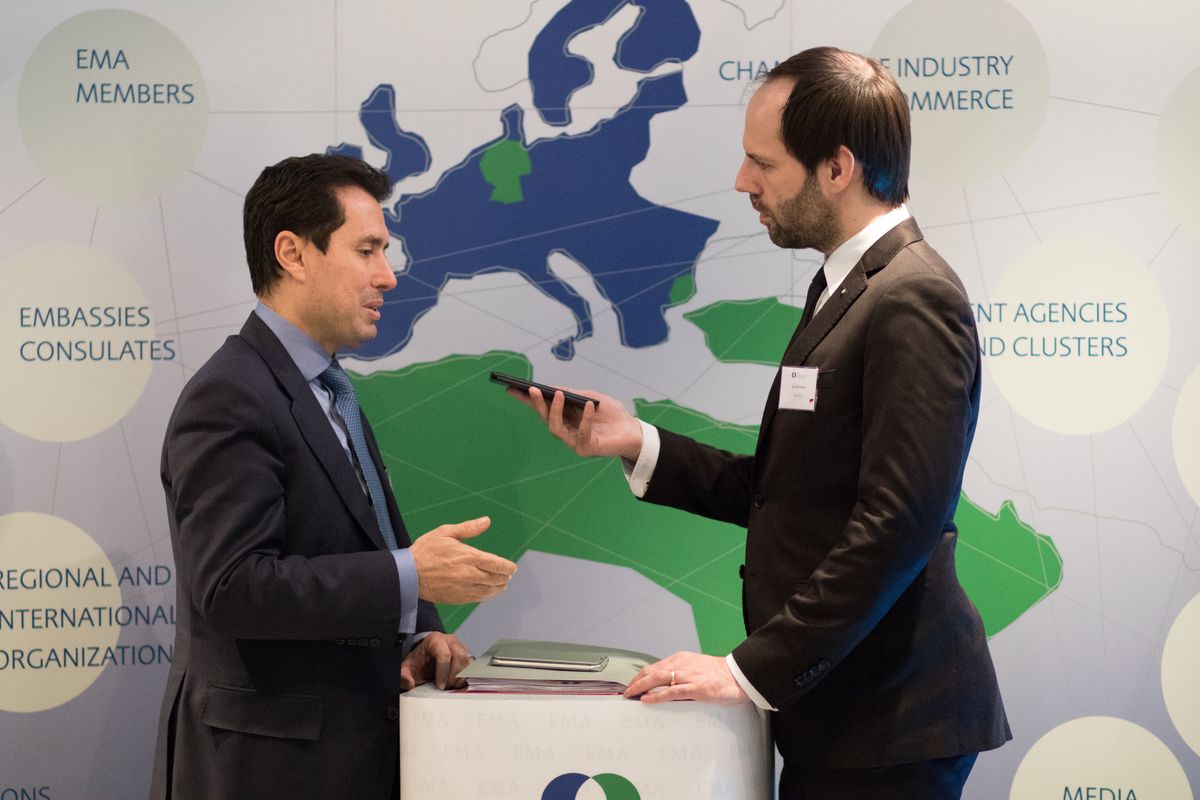