The 2nd Hamburg Water Forum for the EMA Region

Two years after its inception, the 2nd Hamburg Water Forum for the EMA Region was held once again in the Hamburg Chamber of Commerce from September 10th to 12th, As in 2010 the EMA brought together many high-ranking political, economic and scientific representatives from North Africa, the Middle East and Germany for a stimulating exchange of knowledge and expertise.

For the EMA’s biggest event of the year, H.R.H. Prince Hassan bin Talal of the Hashemite Kingdom of Jordan and Peter Altmaier, German Federal Minister for the Environment, Nature Conservation and Nuclear Safety had assumed the patronage many months previous. 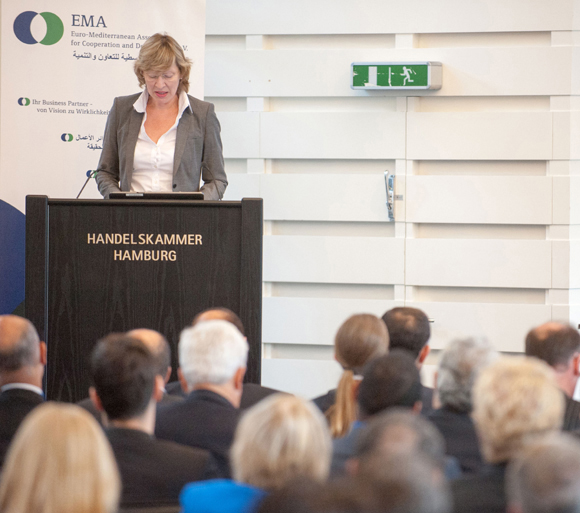 "In 15 countries in the EMA region the future water supply is particularly endangered", H.E. Prof. Dr. Mahmoud Abu-Zeid, president of the Arab Water Council, illustrated the drastic situation of the Middle East which ranges among the water-poorest regions in the world and thus suffers most severely from global climate change.

In light of this challenge, many of the participants emphasized the great importance of transnational cooperation. Equally, the Second Mayor of Hamburg and Senator of the Authority for Science and Research, Dr. Dorothee Stapelfeldt, stressed that "a good network is half the solution". A major aim of the forum was thus to establish and strengthen relations between Arab and German companies and institutions in order to jointly work for an improvement of the situation.

Water management in urban and rural areas, water as a source of innovative energy, waste water treatment and disposal, Integrated Water Resources Management (IWRM) and – last but not least – Arab-German cooperation for global peace and prosperity were this year´s focus topics. In the framework of eight panels and three workshops the forum offered ample opportunity to lecture on and discuss these as well as related issues. 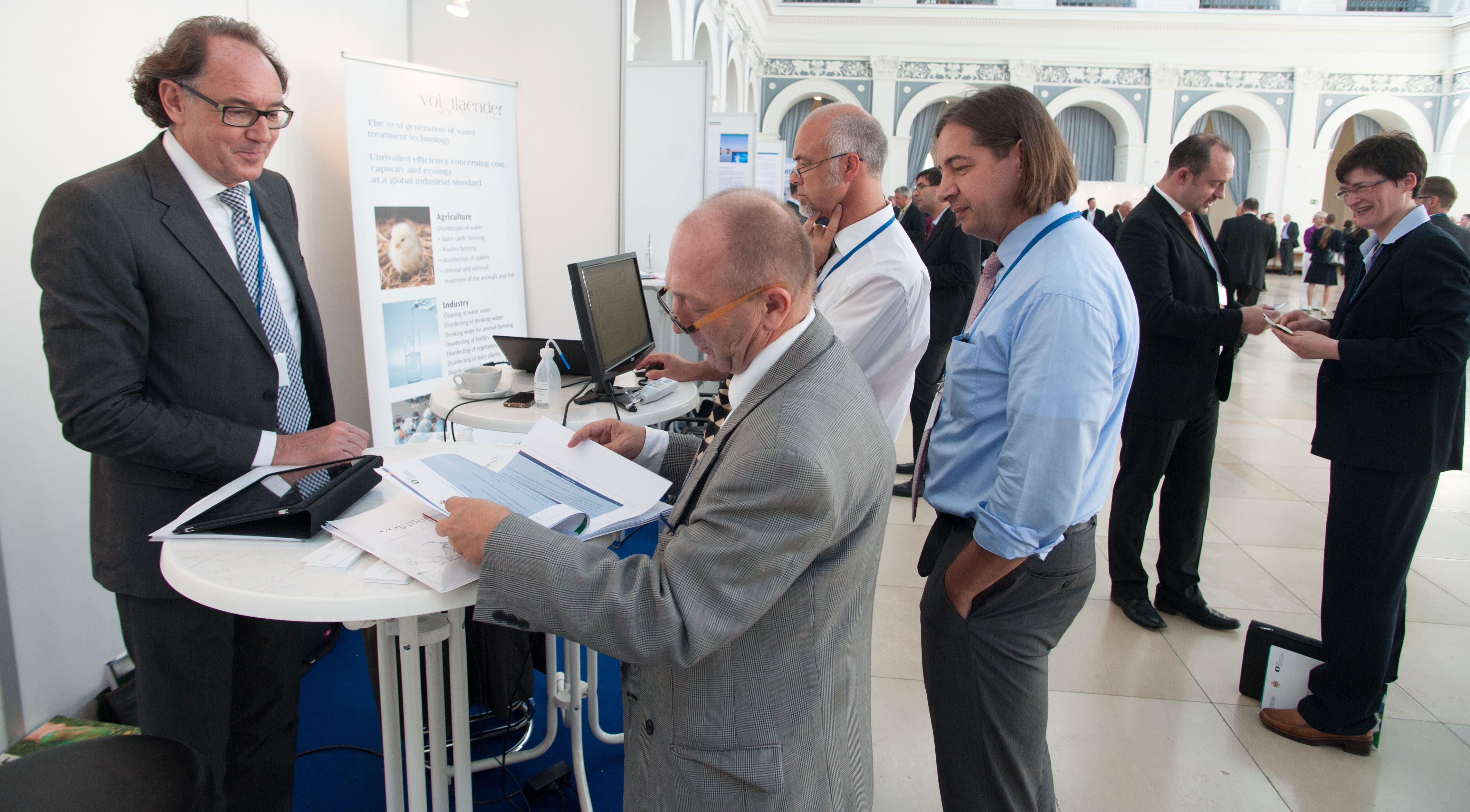 Beyond this, the EMA registered with pleasure the lively interest in the exhibition which took place this year for the first time in the "Börsensaal". In total, 22 German small and medium-sized companies, utility providers, NGOs and universities presented themselves and contributed thus to the success of the 2nd Hamburg Water Forum: In-depth conversations were conducted, contacts established and future cooperation arranged. As a representative of the World Bank commented: "The EMA brought together the right people at the right time and place".

With a visit to the sludge incineration plant VERA which was organized in cooperation with Hamburg Wasser, the forum reached its close. To its numerous participants the framework program provided practical insight in the utilization of sewage waste for the generation of energy. 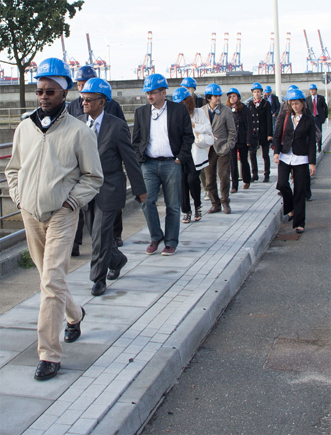 "Having attended this forum, allows me to be optimistic about the future" was the conclusion of the Jordanian Minister of Water and Irrigation, H.E. Mohammed Al Najjar, pointing to the many animated conversations and knowledge transfer initiated by the 2nd Hamburg Water Forum for the EMA Region. However, talking is not enough, stressed Prof. Dr. Horst H. Siedentopf, president of the EMA, in closing and thus affirmed the continuation and completion of the initiated projects as well as the implementation of new approaches for sustainable solutions.

The full report can be downloaded in the members´ area.